Forex Analysis: The EUR/USD is testing the resistance 1.2600 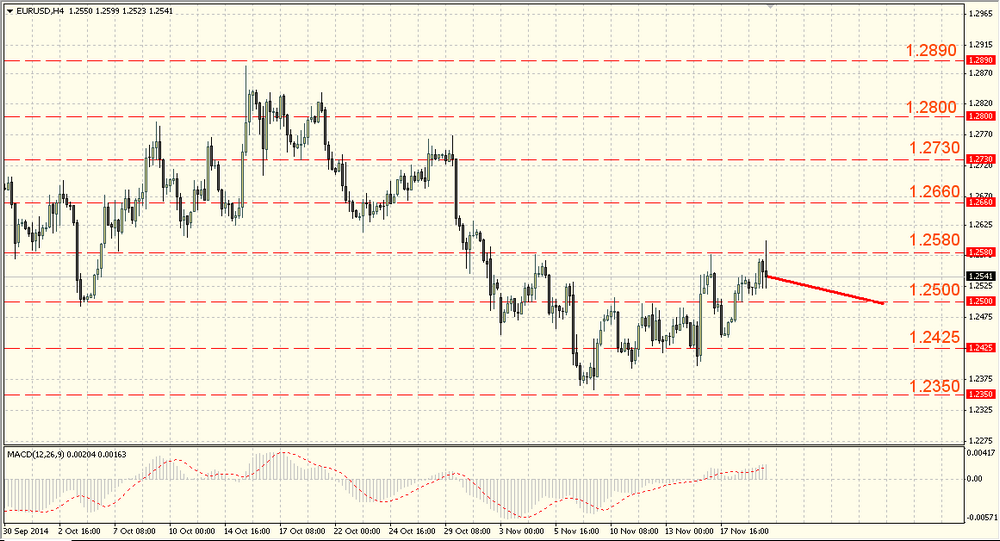 The euro has strengthened against the dollar. The euro was supported by the Germany and the Eurozone strong business sentiment release, presented in November report by the German research institute (ZEW). There will not be the Eurozone important information that is able to influence the market, the euro will be traded on the UK and US reports.

The bulls need to overcome the resistance level of 1.2580-1.2600 that will give the reason to believe the larger correction development. The support level of 1.2480-1.2500 loss will call into question the euro ability to continue its growth. 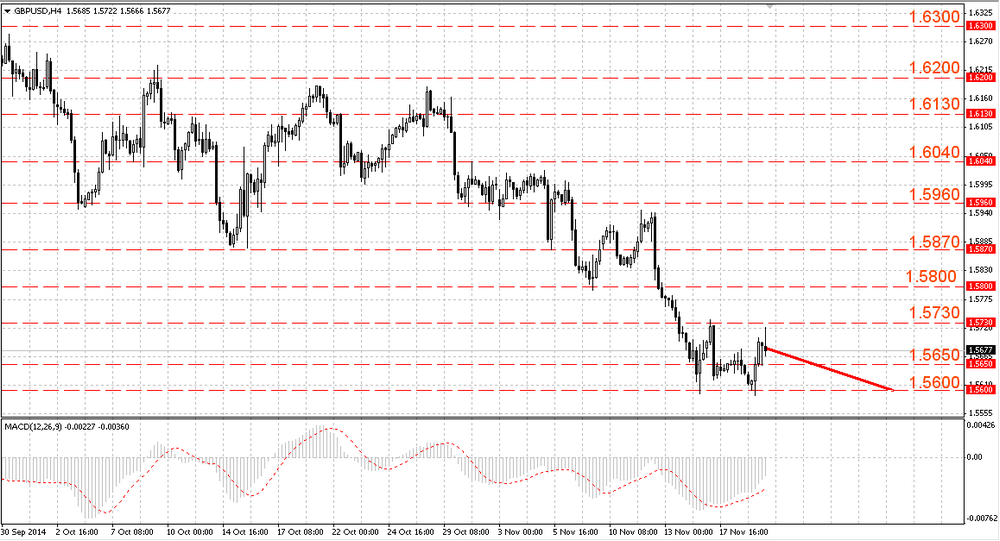 There will be published the BoE last meeting “minutes”. There are rumors that the Bank of England “hawks” have decreased and one of the top managers who had previously voted for the rate hike, this time voted for their preservation at the current low level. If it is confirmed, the pound sales will be resumed. In addition, the US reports will have an impact on the British pound position and the similar document will be released there, but the Federal Reserve meeting. The pound rose above the resistance level of 1.5650 – 1.5670 and it has led to the next resistance level of 1.5730-1.5750 test.

The downtrend is still in force, the support testing is possible at the mark of 1.5580-1.5600 in the short term. The pair is oversold that increases the chances of the temporary base formation at the current levels or near the 55th figure. 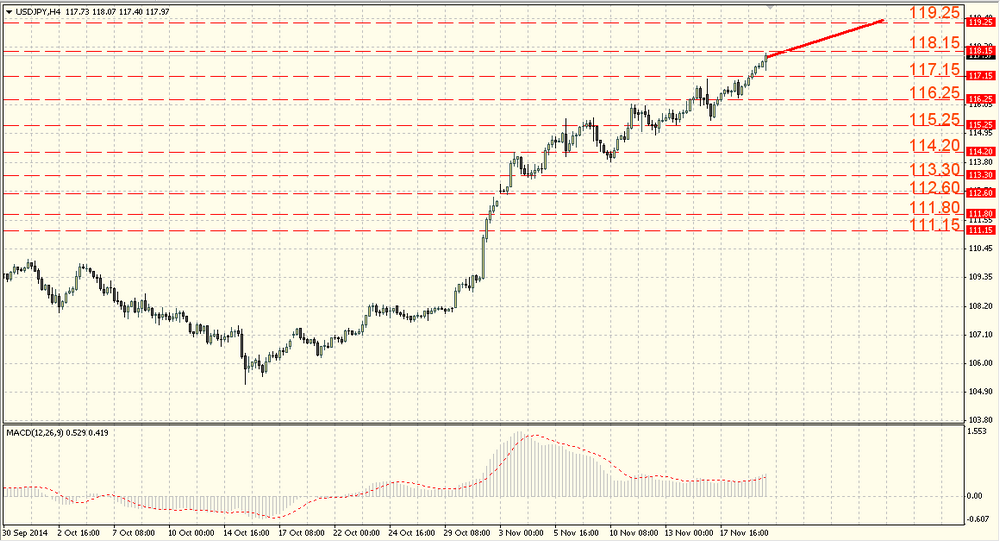 The official reports that the Japanese Prime Minister Abe made a decision to hold the early elections on December 21 and postponed the sales tax increase for 18 months and his decision had little impact on the pair USD/JPY movement. The Bank of Japan kept the monetary policy unchanged at the meeting. The pair rebounded from the support level of 116.05-116.25 and rose above the level of 117.15-117.35 that became a support now. Then it led to the growth up to 118.15-118.35.

The pair is still growing and it can test the psychological level of 120.00 in the medium term. The overbought condition makes the pair vulnerable to the rebounds that are below this level, but the dollar is still trading above 114.20-114.40, there will be no threats to the uptrend.