The yen reached the 7 year low 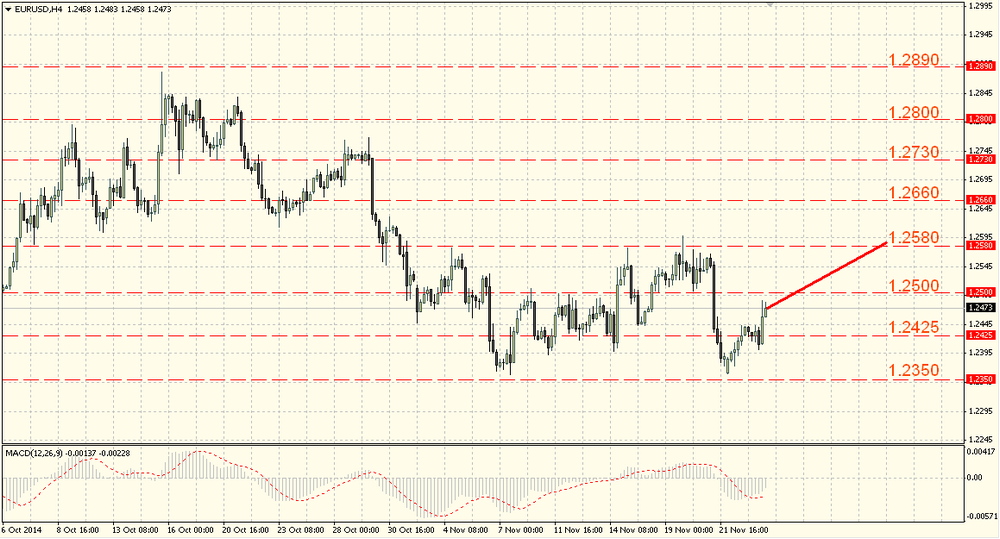 The German Ifo Institute surprising data supported the euro on the yesterday’s trading. The Germany business community rose in November to 104.7 from 103.2 in October after declining for six consecutive months. The Germany reports about the final GDP assessment for the 3rd quarter will be in the center of our attention, the forecasts suggest the absence of change and the data fixing at the level of + 0.1% q/q, + 1.2% y/y, as announced earlier.

The pair was demonstrating a positive sentiment, corrected towards the level of 1.2500-1.2520. This mark was to provide resistance at this stage.

It is logical to expect the renewed decrease and the support level of 1.2330-1.2350 testing, although there is possible rebound towards the 25th figure where we also should expect the bears’ activation. The pair growth above 1.2500-1.2520 will be a positive signal for the euro. 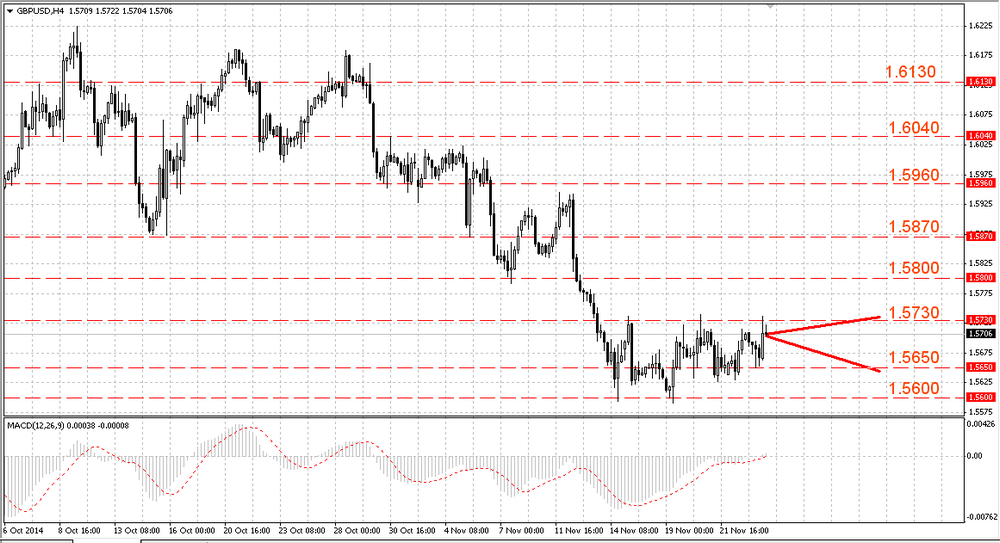 The British pound strengthened against the dollar, but it did not reach new highs and remained in the previously formed correctional side corridor. The British Bankers’ Association’ statistics (BBA) announced the approved mortgage loans for October, probably with the reduction to 38.5 thousand vs. 39.3 thousand and the political component will present the UK inflation parliamentary hearings for the third quarter. The pair continues to consolidate in the range, limited by the support level of 1.5630-1.5650 and the resistance level of 1.5730 – 1.5750.

Now there are no incentives to open short positions at the current levels as well as the desire to take profits on the short positions. Thus, the renewed decrease risks are still preserved, but the pair growth above 1.5800-1.5820 will lower them considerably. 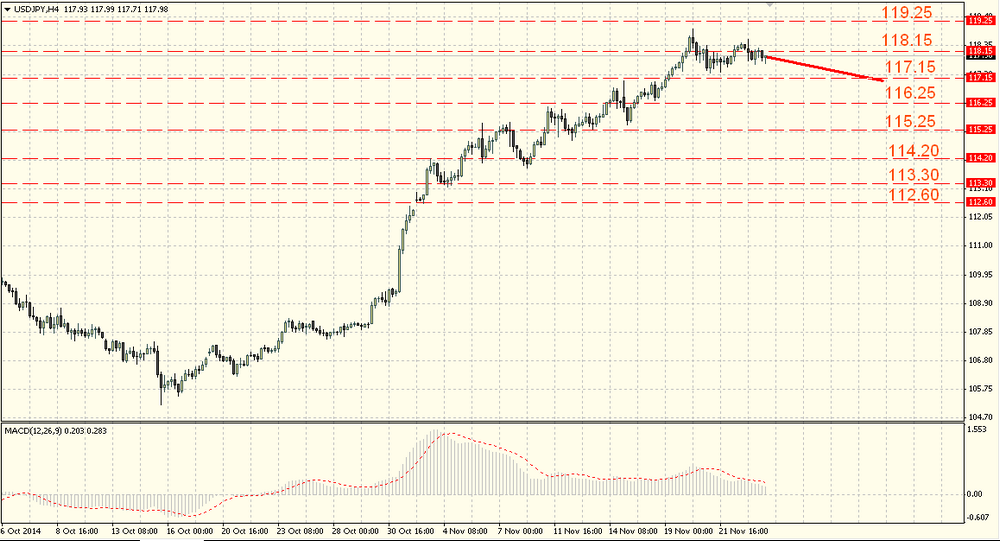 The Japanese yen is consolidating against the dollar and its other major competitors. Earlier the reason for the yen selling is the fact that the People’s Bank of China decreased its interest rates on Friday for the first time since 2012 and did it after the local trading session closure. Today we expect the October Japanese corporations services prices dynamics data – the index showed an increase by 3.6% y/y vs. 3.5% y/y. The pair dollar/yen rebounded from the support near 117.83 and increased to the resistance at the mark of 118.48. There were no buyers willing to buy there and the pair returned to the support mentioned above.