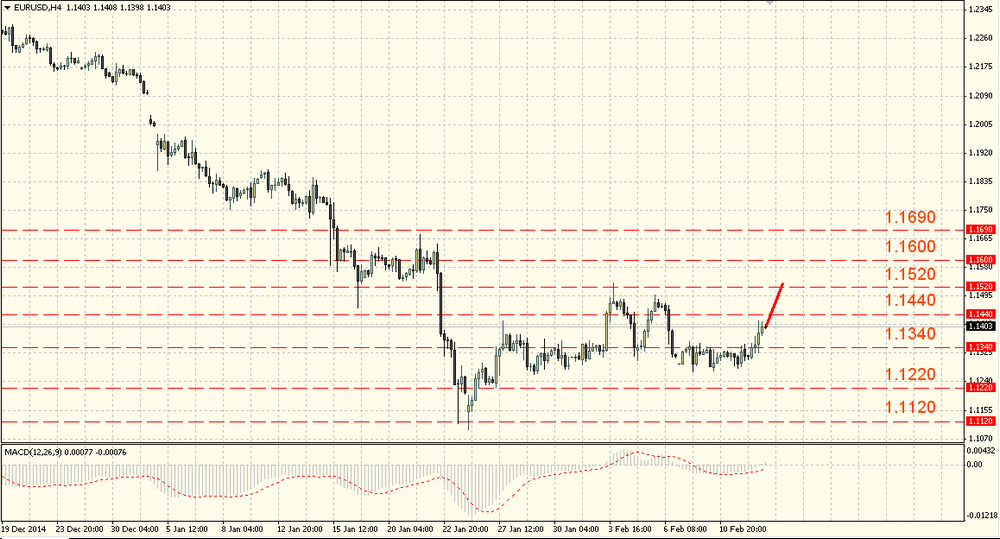 The euro traded mixed against the US dollar, as the previous day, in a very narrow range but finished the trading day with an increase. The Germany consumer price index final evaluation for January (CPI) is expected with preliminary results confirmation, -1.0% m/m, -0.3% y/y which will be below the December 0.0% m/m, 0.2% y/y and certainly, it will not give much optimism to the market.

Despite the lack of progress in negotiations with the Greece creditors, the pair euro/dollar continued to trade below the level of 1.1320-1.1340. Its growth attempts faced with frauds at the level of 1.1340-1.1360. But after the level testing the pair broke through this level which is a support level now. 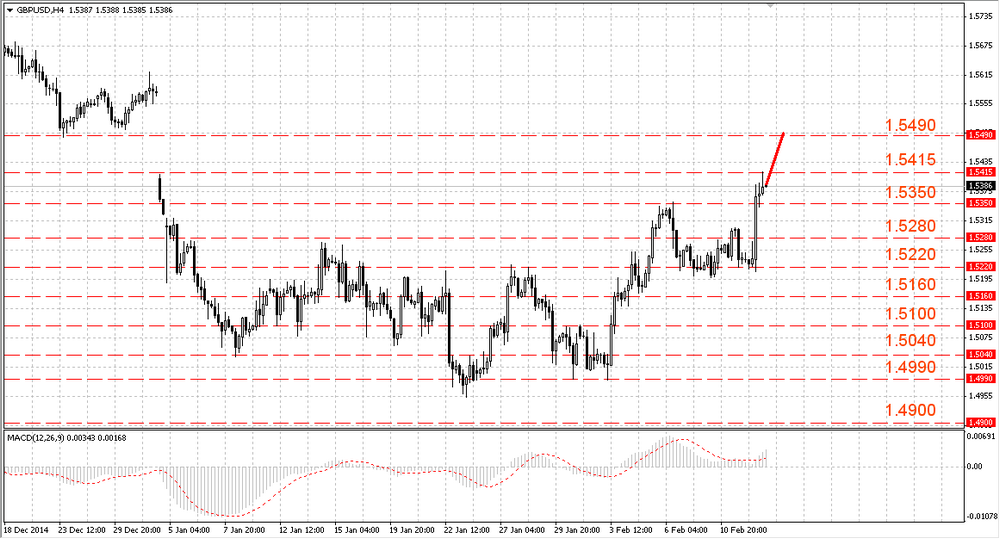 The pound increased up to the four week high near 1.4232 against the franc amid the Mark Carney’s statements and continued its growth. The Bank of England governor announced that it would be necessary to return inflation to the target level as soon as the oil prices decrease effects would fall. The Bank of England report says that inflation will return to the level of 2% in the next two years. The RICS house price balance report showed a decrease to 7% in January from 12% while it was forecasted to see 10%.

The resistance near the 53rd figure for the pair pound/dollar was broken upwards. Earlier after its testing the pair fell to the support near 1.5220. Then the pound rose to the six-days’ high near 1.5385 against the US dollar.

The buyers need to break above 1.5415 for a steady growth. The way to the mark 1.5490 will be opened after this breakthrough. 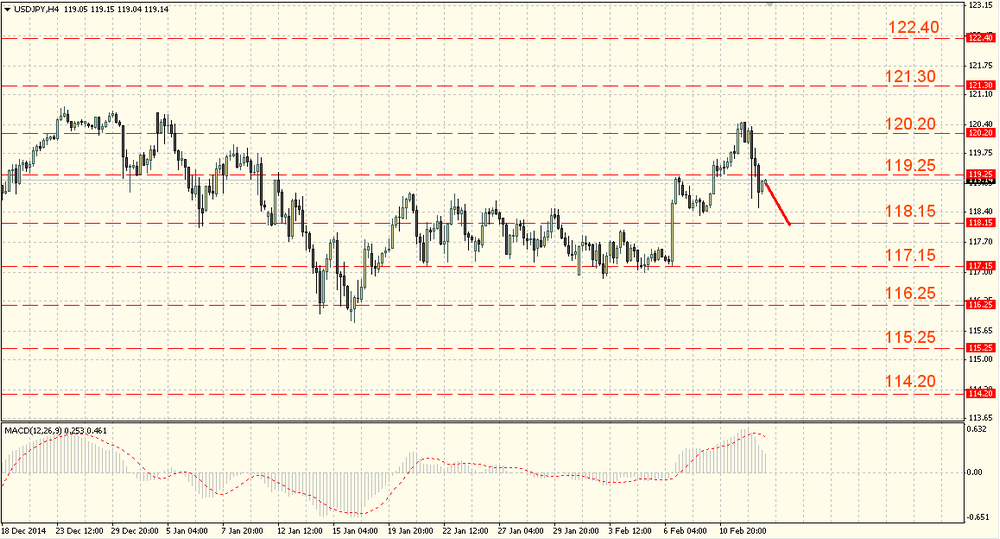 The pair dollar/yen was under pressure on the previous trades and fell to the new local low at the end of the day. The Japanese economic news showed the machinery and equipment orders growth in December by 8.3% m/m, 11.4% y/y vs. 1.3% m/m, -14.6% y/y, but also recorded even higher Japanese corporations prices decline in January by -1.3% m/m 0.3% y/y after -0.5% m/m 1.8% y/y. The pair USD/JPY tested the resistance around the 120th figure. This level test was leading to the pair decrease towards 118.50.