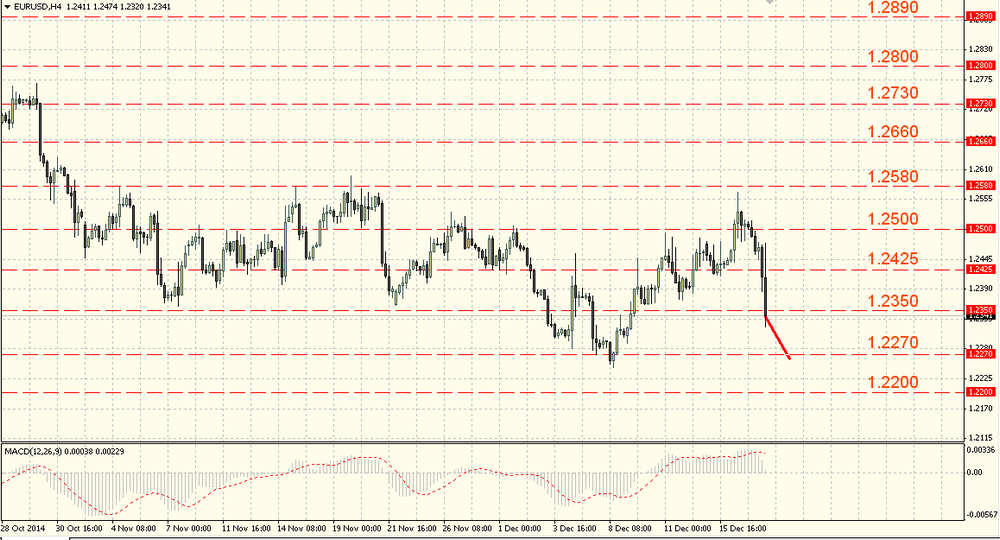 On its growth the euro continued to be sold off that did not allow it to consolidate above the broken through resistance of 1.2500-1.2520. Being under pressure, it returned below this level, falling to the support near 1.2405-1.2425. This support was also broken and the pair tested the resistance level of 1.2330-1.2350. 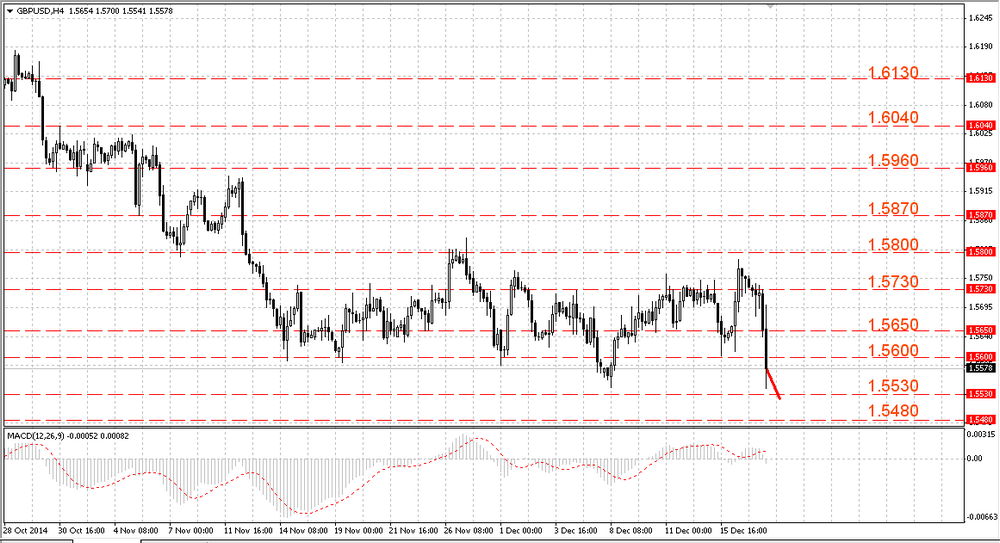 The British pound fell against the dollar. The Bank of England financial stability report showed that the oil prices decrease is positive for the UK economy. The stress tests results of the largest UK banks have been assessed as satisfactory. The pair GBP/USD returned back to the support near 1.5630-1.5650 broke it through and fell below the level of 1.5580-1.5600 that significantly reduces the further upward correction chances. 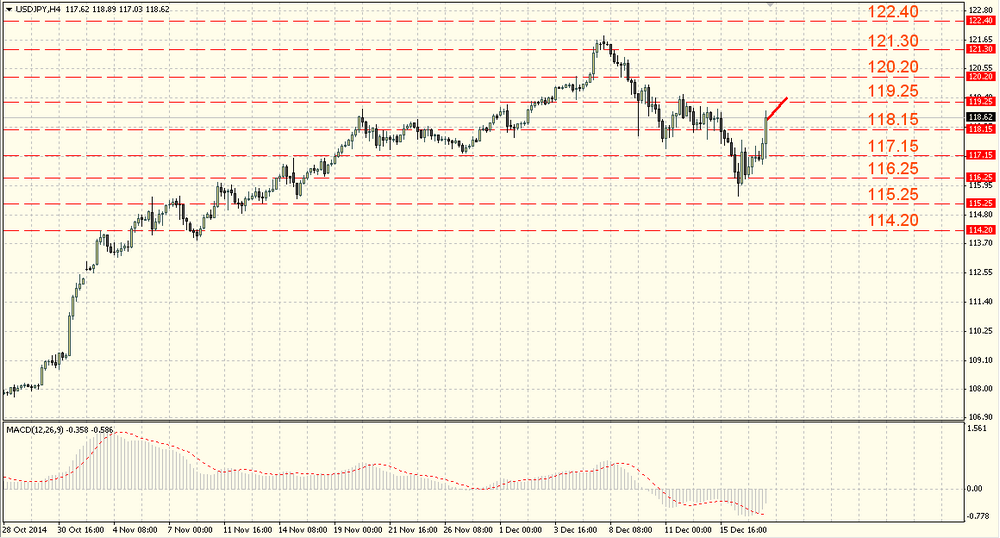 The US dollar increased at the yesterday trades. Earlier the Japanese yen continued to strengthen against the dollar and other currencies amid the continuing desire to move away from risk. The Japan’s stock market showed the optimism decline – the Nikkei index has fallen by more than 2%. The pair dollar/yen fell to 116.05-116.25 and after its testing returned back to the resistance near 118.15-118.35.