The EUR/USD stopped its recovery 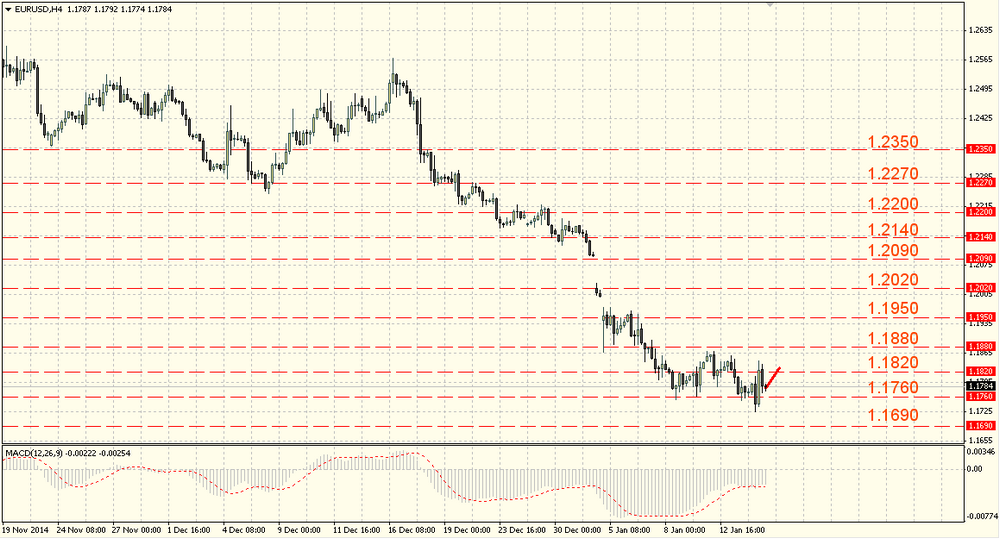 The pair euro/dollar was under the selling pressure and fell to the current local minimum, losing about a little more than 50 points. Yesterday the pair tested the level of 1.1820-1.1840. The December France and Italy consumer price index (CPI) will be published soon, forecasts point out to the possible downward revision that will indicate the deflation emergence in the second and third EU economies.

The situation within the euro/dollar remains tense and negative for the euro. None of the recovery attempts have not been developed in the upward correction as the euro continues to be sold off on the growth. Sellers became more active near the level of 1.1880-1.1900 from which the pair fell to the support around 1.1740-1.1760. After the level testing it was rebounded to the 18th figure. 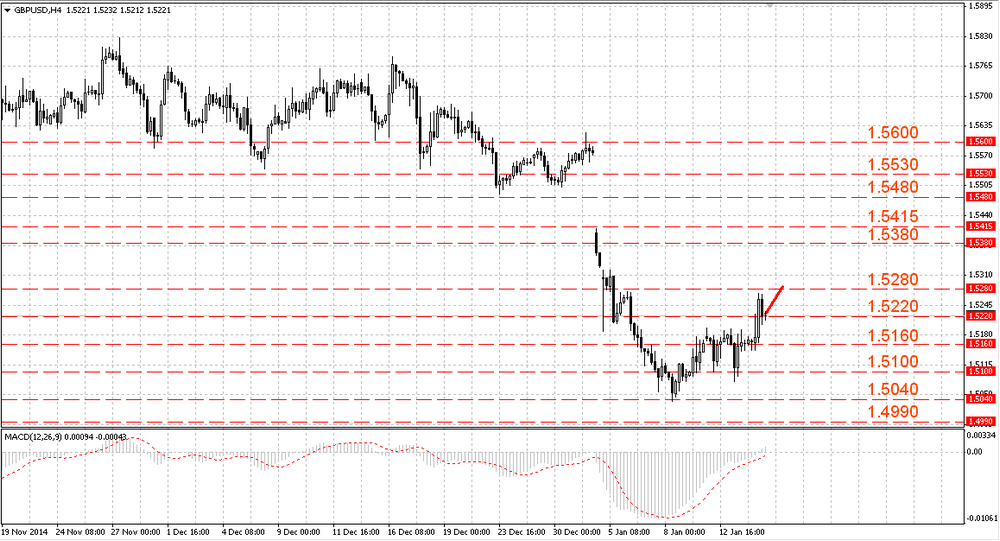 The pound came under pressure after the UK inflation reports pointed out to the continued price pressure decline. However, the pound managed to close the day against the dollar on the opening prices, supported by the head of the BoE statements. We expect the Bank of England representatives and its head M.Karni speeches in the UK Parliament at the hearings about financial stability.

A rebound from the 1.5220-1.5240 after the negative inflation report gives the bulls a hope for an upward correction development. The 52 th figure confirmed break will open the way the 53rd figure. The loss of 51st figure will lead to the minimum testing. 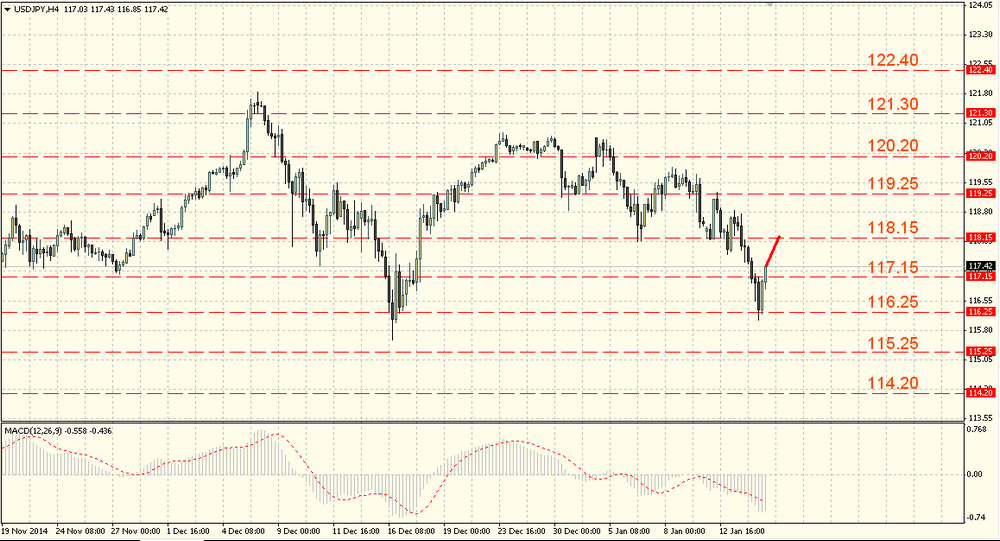 Yesterday the dollar/yen fell still it recovered at the end of the day. The instrument decline caused unwillingness to take risks that was triggered by the fall in stock markets as well as the “Treasuries” profitability decrease. Today Nikkei fell by 1.71%, and a further oil prices decline makes investors return to the safe haven Japanese yen. The US dollar continued to fall against the Japanese yen. The bulls’ inability to overcome the resistance near 120.00-120.20 led to the bulls profit-taking, as a result the pair declined to the support around 116.05-116.25.

The next bears’ target can be the support near 115.05-115.25 and its confident breakthrough will significantly worsen the dollar prospects. However, while it is trading above this level, the chances of its regrowth will be saved. It needs to rise and consolidate above 120.20-120.40.