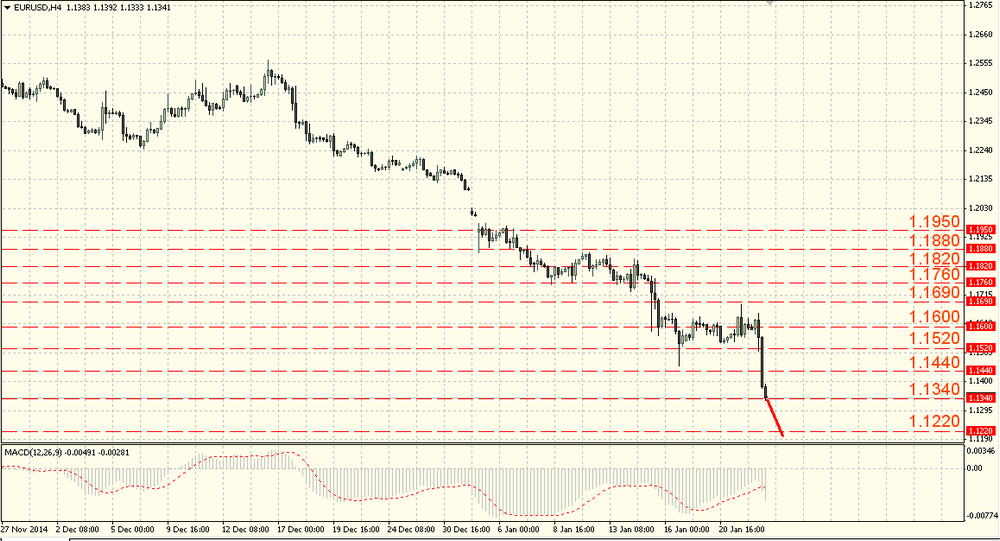 The euro fell sharply against the dollar. However, the upper limit of the further consolidation corridor, formed on the euro/dollar movements during the last session, the euro could not break. The January consumer confidence index is expected with improvement to -10.3 from -10.9 in December. The ECB meeting monetary policy results announcement is in the center of traders’ attention.

In anticipation of the ECB decisions the pair was traded in a narrow range. There was the volatility spike caused by the Canadian dollar decrease against its most competitors, including the euro and against this background the euro/dollar grew to the level of 1.1690-1.1710. Still after the ECB meeting it fell below 1.1420-1.1440. 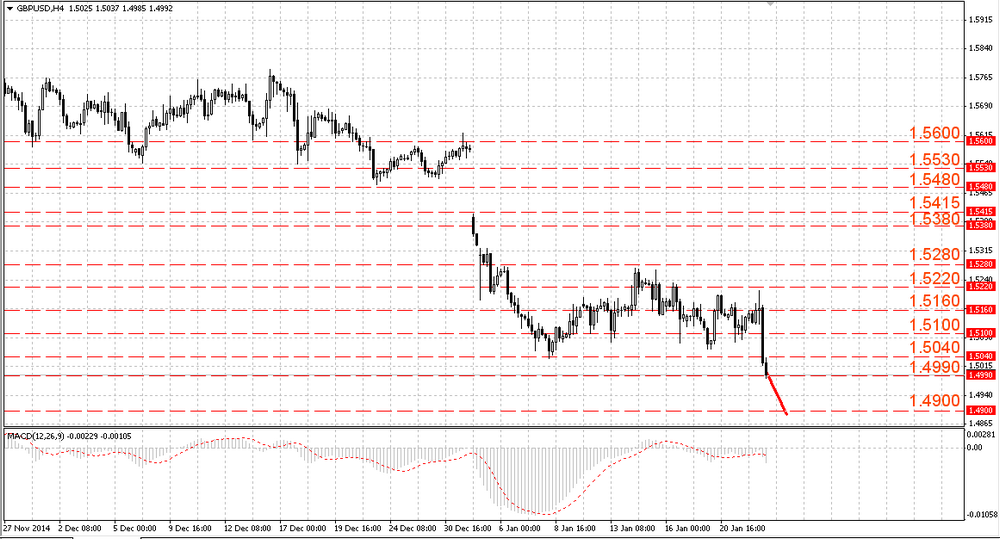 The pound fell against the dollar. Earlier it remained in the consolidation range where it has been trading since the beginning of the week. It is expected that the public sector borrowings in December is to be a little less than before – +9.7 bn. after +14.1 bn. pounds in November, but demand for money supply increased to 16.0 billion. with 8.5 billion. pounds last month. The pair GBP/USD was traded with a negative sentiment, approaching the resistance near the 52nd figure. The Bank of England last meeting minutes have provoked the pound sales, causing the pair decrease to the support near 1.5040-1.5060. However, after the level testing the pound rose to 1.5160-1.5180. The pound sharply fell under the support level of 1.5020-1.5040 at the end of the day which at this stage provides resistance.

The pound rebounded from the resistance 1.5160-1.5180 after the ECB decision announcement. The pair should rise up and consolidate above 1.5200-1.5220, and until then the risks of a decrease continuation are preserved. 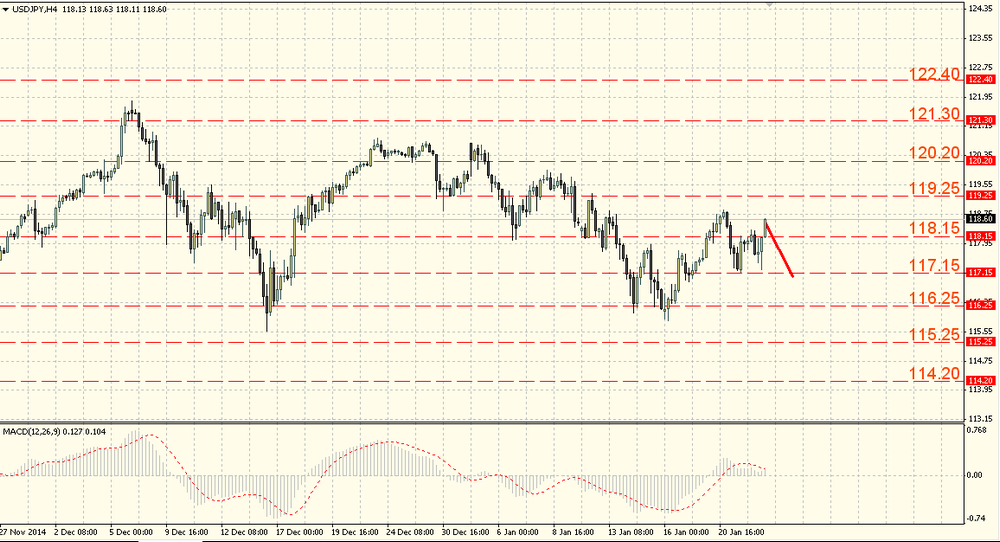 The yen is trading with a slight decrease against the dollar compared to the opening prices which can be due to the small increase in the stock market. The Bank of Japan decision not to change its policy disappointed some part of the market, cherishing hope of further monetary easing measures.

The pair dollar/yen was declining the whole day, testing the support near 116.95-117.15. The dollar is still being sold off on the dips, and its recovery was limited by the resistance near 118.15-118.35. The pair rose above the level of 118.15-118.35. It is difficult to find a justification for its sales against the yen which is in the downtrend amid the Bank of Japan soft policy.

Only large-scale profit-taking on the long positions within the dollar will lead to the dollar/yen movement downwards. In this case, the 116th figure breakthrough will open the way to the 114th and the loss of this support will lead to the pair decrease to 108.00-108.20. While the pair is trading above 116.05-116.25 chances for the growth resumption will remain relatively high.