Analysis Forex : The yen can start falling this week

The yen can start falling this week 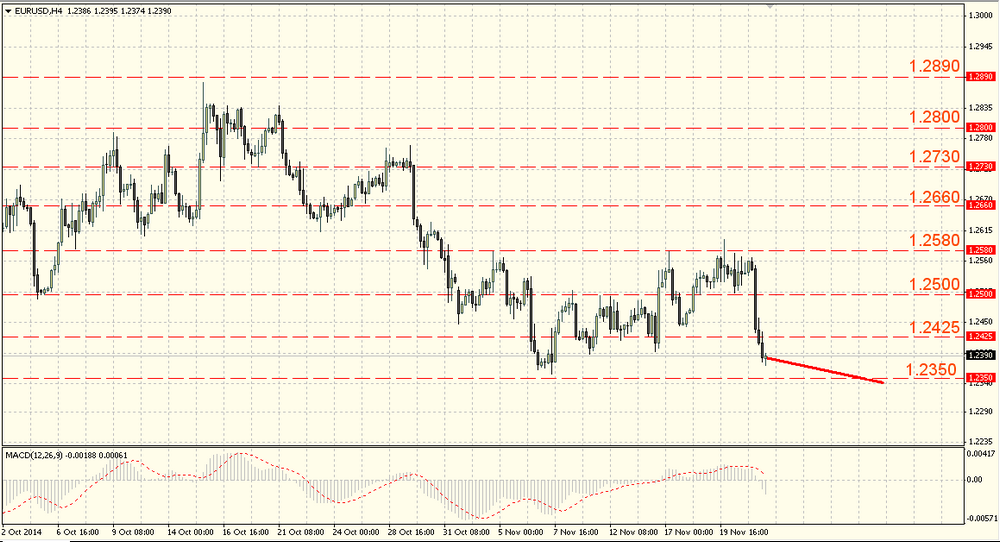 The British pound was in the leadership positions against the US dollar, but by the end of trades had returned to their original positions and closed the session at the opening prices. The British news set to disclose the information about the public finance situation. We assume that the public sector net borrowings rose (PSNB) in October, but not so much as it was earlier to 7.8 billion vs. +11.8 billion pounds in September.

The pressure on the pound is preserved and with it the support mark of 1.5630-1.5650 testing and breakthrough risk, resulting in the fall at least to 56th figure. Obviously, the pound has to rise up and consolidate above 1.5730-1.5750 for the upward correction development. 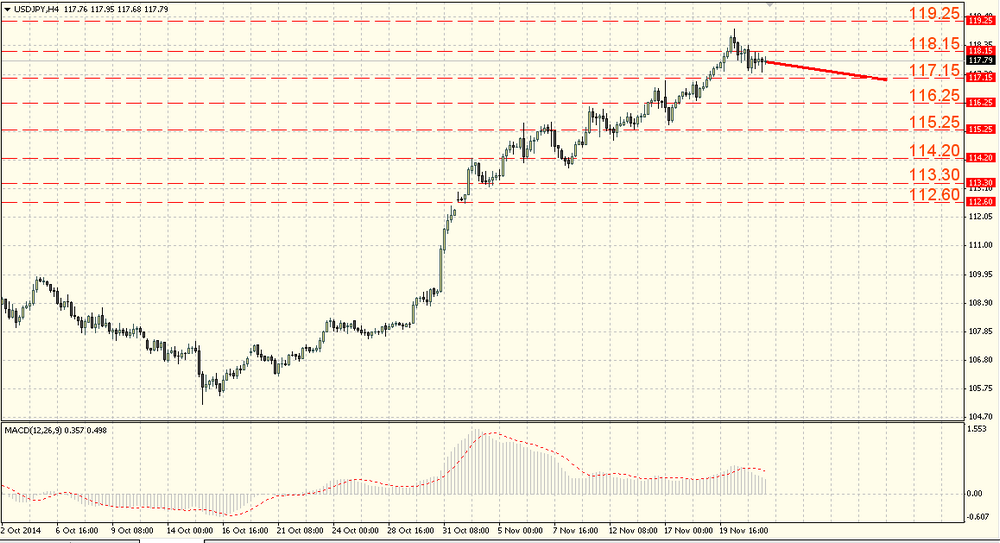 The pair dollar/yen stopped its growth. Then the interest for the dollar began to decline and the pair returned to the opening prices and formed a consolidation. The sentiment amid the US and Japan monetary policy polarity and the Prime Minister Abe decisions regarding the sales tax introduction supported the dollar. The technical factors and the uncertainty in the stock markets as well as the “Treasuries” profitability slight decrease put some pressure on the pair.

The price has risen above the level of 118.15-118.35, fixing the next target and even briefly traded above these levels. However, the pair failed to consolidate above these levels and returned below this level where it is now.