Forex Analysis: The EUR/USD fell more before to launch a correction 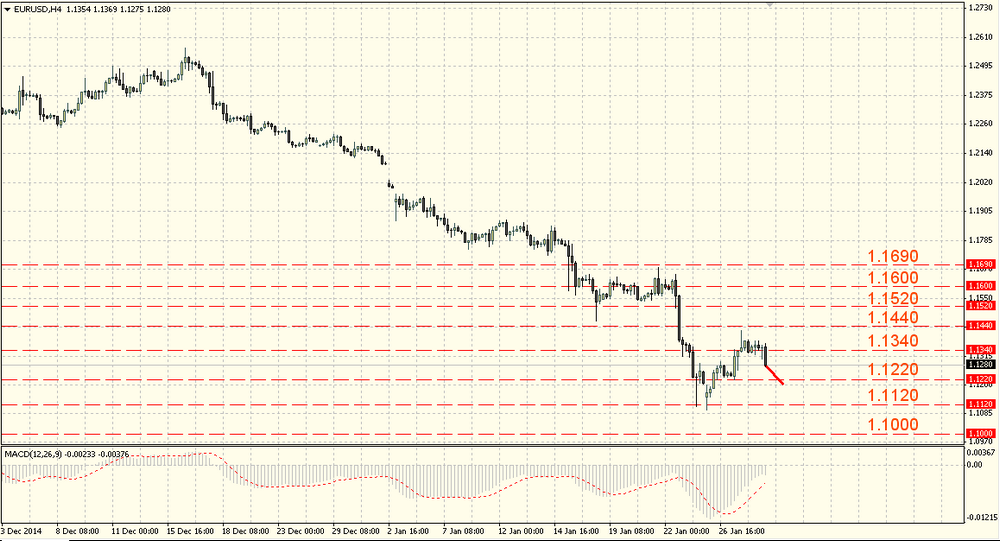 Yesterday the euro consolidated after it rose earlier against the dollar amid the investors ‘desire to take profits on the eve of the Fed's monetary policy decisions publication. The consumer confidence index in the Eurozone largest economy by GfK is expected with a growth to 9.1 from 9.0 in February, but the December import prices with decrease, -1.4% m/m -3.4% y /y vs. -0.8% m/m, -2.1 % y/y in November. The Greece election results did not become a disaster for the euro zone, so market players decided to take profits on short positions. As a result, the pair euro/dollar recovered, rising to the level of 1.1340-1.1360. Thus, as we expected, the resistance breakthrough around 1.1340-1.1360 led to the pair growth towards 1.1440-1.1460.

Rebounds to the support near 1.1320-1.1340 continue to attract buying interest, therefore, we should not exclude the 14th figure retesting and we should not still speak about the trend reversal. In general, in terms of correction the pair can recover towards 1.1520-1.1540, but its recovery can be limited by the current maximum. 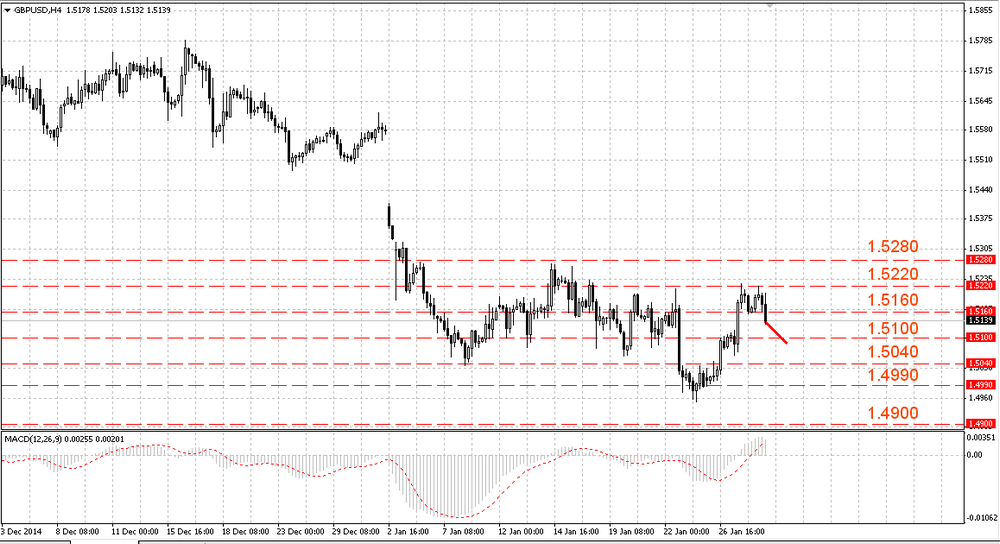 The British pound is also consolidating after it strengthened against the dollar. The traders ‘sentiment to take profits before the Fed meeting results announcement and the US weak durable goods orders results returned interest to the pound at the high levels. The UK GDP increased by 0.5% q/q and 2.7% y/y in the 4th quarter, though it was forecasted + 0.6% q/q and + 2.8% y/y. The mortgage lending data volume for December was also weaker than expected: 35.7 thousand while it was forecasted 36.6 thousand after 36.7 thousand in November.

The pair pound/dollar showed its positive dynamics. The pair managed to consolidate above the support around 1.5080-1.5100 amid the profit taking which allowed it to continue its growth and to test the resistance near the 52nd figure. The pair was unable to break through the level at once and after reaching the mark of 1.5220-1.5240, it rebounded to the support near 1.5140-1.5160.

The pound/dollar growth was hindered by the euro/pound recovery where any rebound will strengthen the pair GBP/USD upward impulse. It needs to rise up and consolidate above the 52nd figure to continue its recovery and then we can expect its growth to the 53rd figure. A drop below the level of 1.5040 will signal about the downward dynamics resumption. 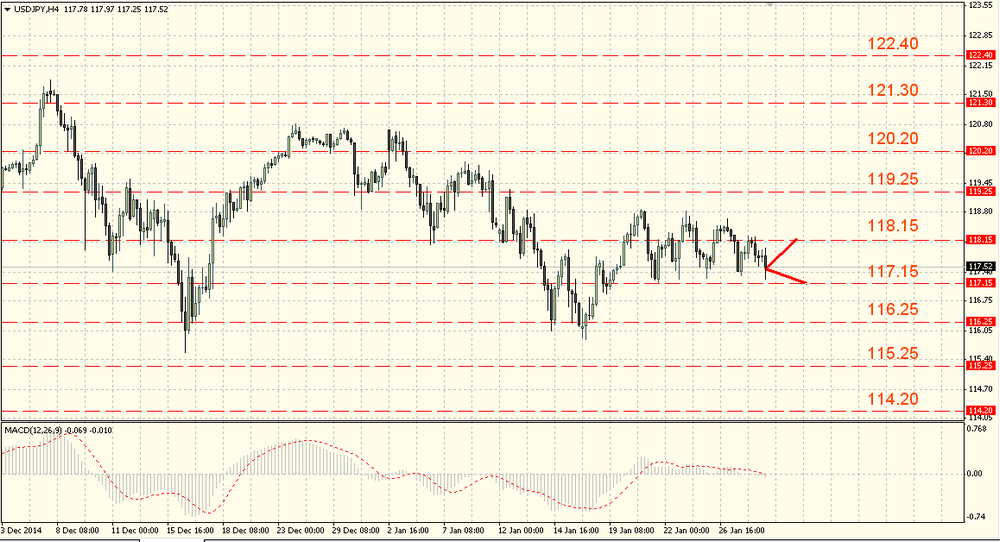 The pair dollar/yen fell the last session, but has been within the formed range for five trading days, blocking only the previous session growth. The support for the yen was caused by the Japan Minister of Economy Akira Amari’s statement that neither the government nor the central bank does not have a fixed schedule for the inflation target of 2% achieving. The pair dollar/yen is still not able to determine its direction. The pair continued a consolidation within the range limited by the support around 116.95-117.15 and the resistance near 118.15-118.35.

Despite the continued pressure which can lead to another support testing, the upper bound breakthrough risks are still preserved. In this case, we should expect the psychological level of 120.00-120.20 testing. The loss of the support will open the way to the low at the level of 116.05-116.25.